Yearly Statistics for Traffic Wrecks and Fatalities in GA 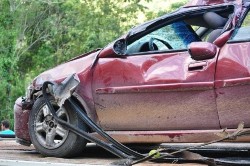 The coronavirus has brought an overall reduction in traffic volume in Georgia. Traffic has gone down by 60% in the state, according to the Georgia Department of Transportation. But this does not mean that traffic accidents in Georgia have gone down at the same rate. Instead, something more sinister may be underway.

A few disturbing trends have taken hold recently. According to the Georgia Department of Transportation, not wearing seatbelts, distracted driving, and speeding have become more prevalent. This has led to a situation where traffic accidents and fatalities in Georgia are not declining despite a drop in traffic volume.

From the start of the year 2020 to the end of October, almost 1300 traffic accident fatalities in Georgia have been recorded. Fatalities and accidents are increasing, not declining, on the roads of Georgia.

Georgia police officers are now issuing more tickets for speeding 24 mph over the speed limit. In other words, speeding tickets are being given out for serious speed limit violations. This is a very alarming trend since substantially higher speeds greatly reduce your chances of survival in a car accident.

Why Traffic Accidents Are Going Up in Georgia

One explanation for this could be the presence of fewer vehicles on Georgia’s roads. Since there is lower traffic density, some drivers have become complacent and are neglecting safety protocols. They are driving at higher speeds on the open roads and not wearing seatbelts, thinking they will remain safe on the empty roads. There has also been a sharp spike in distracted driving owing to reduced traffic.

The National Traffic Incident Response Awareness Week was held in November of 2020. As a result of this campaign, it came to light that although Georgia's traffic volume has plummeted, accidents and road fatalities have not.

Put the phone down, buckle up and drive carefully. Care about yourself, your passengers, and other drivers and pedestrians as well. Obey all traffic laws and never be lax in this regard. It takes just a small act of carelessness to cause a lifetime of unbearable suffering for yourself and others.

Drunk driving continues to claim lives and inflict tragedies. Georgia is grappling with the drunk driving issue, but the situation seems to be getting worse.

According to the NHTSA, drunk driving deaths account for around a quarter of all traffic deaths across the country. Almost 30 people die each day in the US due to drunk driving, while 800 people are injured as a result.

Georgia is also struggling with a meteoric rise in distracted driving accidents and fatalities. According to the Georgia Department of Transportation, distracted driving wrecks have gone up by a staggering 400% within the span of just one decade. While there were 5,784 distracted driving crashes in Georgia in 2006, the same figure had shot up to an astounding 25,215 crashes by 2016.

The NHTSA states that drivers busy with their phones while driving are 4 times more likely to crash than those who do not use their phone behind the wheel. Unsurprisingly, the demographic behind the bulk of distracted driving incidents are young persons aged 16 to 24. Certain people cannot put the phone down, even if it means that they and others will lose their lives as a consequence. The consequences of such blatant disregard for safety are tragic and devastating.

What to Do After a Traffic Accident in Georgia

If you are the victim of a traffic accident, you can count on us to fight for your rights. Whether it is distracted driving, DUI speeding, carelessness or any other fault of the other party, we can help you to move in the right direction.

Our experienced attorneys have helped numerous clients to recover millions in compensation for personal injuries and suffering. It will be an honor and privilege for us to do the same for you. You deserve to be fairly compensated.

Contact one of the personal injury attorneys at The Jewkes Firm today.