How Long Do I Have to Settle an Injury Claim: What Is the Statute of Limitations? 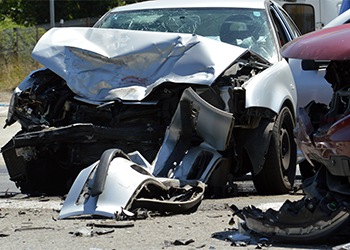 The statute of limitations is a vital aspect of settling a claim for personal injury. The statute of limitations is two (2) years from the date of injury for filing a claim. See O.C.G.A. 9-3-33. This means that you have a time limit or deadline of two (2) years within which you are allowed to settle your claim with the insurance company or file your personal injury claim in Georgia. If you fail to file your personal injury claim within this time frame, then you will likely be permanently barred from suing the at-fault party or their insurance company, which means you will not be able to recover compensation for your personal injury. The 2-year time frame begins the moment you suffer the injury. For example, if you are injured in a car wreck, you have two years from the day of the wreck to either settle your clam or file a lawsuit.

Statute of Limitations in Georgia

It is only under certain extraordinary circumstances where a personal injury claim can be filed AFTER 2 years have passed since the time of injury. Under some circumstances, the statute of limitations can be tolled or delayed until an underlying criminal action is finalized, at which point the statute of limitations may begin to run. See Beneke v. Parker, 2008, later upheld by the Supreme Court of Georgia in 2009. For example, if you are in a car wreck and the other driver was given a citation, the two-year statute of limitations for your injuries may not begin to run until the other driver’s traffic citations is concluded (paid or otherwise disposed). However, it is best practice it settle or file your injury claim within the two years of the injury and not wait longer in anticipation of the traffic citation case extending the deadline.

You will need to consult with a competent personal injury lawyer in Georgia to find out the effect of the statute of limitations on your case.

The rules may vary if you have suffered personal injury as a result of negligence displayed by a government agency in Georgia. This applies to agencies both at the state level and the local level.

In such cases, you can file a personal injury claim with the government agency itself.

The claims process may take some time, depending on your case. If you were in a car accident and the other driver was at fault, you can claim compensation from the other driver's insurer.

Depending on the circumstances of your car accident, your personal injury attorney in Georgia can inform you which insurer is liable to pay benefits – yours or the at-fault driver’s.

Sadly, when insurance companies come into the picture, there is no telling how long the claims process will take. Exasperated customers can tell how long it took them to recover benefits from insurers. Even if you have been paying your premiums diligently and on time for years, the insurer may still take a long time to finally pay you.

You should file a report with the police about the accident if it involved death or injury. It is necessary to file the police report whether your side or the other party suffered harm. In Georgia, filing a police report is obligatory for accidents involving death and/or injury.

Having evidence in your favor is necessary for winning your personal injury claim. Make sure that you collect as much evidence as possible to maximize your chances of success. Even the smallest details matter and could have a profound impact on the outcome of your claim. Take as many pictures as possible of the accident scene. Record images of both your vehicle and that of the other party.

Note down what happened so that you can accurately record all details while you still remember them. If there are any witnesses to the accident, record their statements as well. Take their contact information. The accounts of witnesses can be crucial for the final outcome.

Bearing in mind the statute of limitations in Georgia, you should file the claim within two years of the accident.

Get in touch with your personal injury attorney in Georgia immediately following an accident. The attorney can guide you through the claims process so that you can maximize the chances of success as well as the settlement amount.

Suffered a personal injury in Georgia?

Below is a copy of the Georgia Supreme Court decision of Beneke v. Parker, 2009:

1.On April 27, 2005, Patricia Parker was injured when the car in which she was a passenger was struck from the rear and overturned by a vehicle driven by Alan Beneke; Beneke was cited for following too closely. See OCGA § 40-6-49. Parker filed a personal injury action against Beneke on May 11, 2007. The trial court initially granted Beneke’s motion for summary judgment based on the expiration of the two-year statute of limitation, see OCGA § 9-3-33, but on motion for reconsideration vacated its order and denied summary judgment. In finding that the complaint was timely-filed because the statute of limitation had been tolled until Beneke posted a cash bond disposing of the traffic citation on May 19, 2005, the trial court relied on OCGA § 9-3-99, which provides that

[t]he running of the period of limitations with respect to any cause of action in tort that may be brought by the victim of an alleged crime which arises out of the facts and circumstances relating to the commission of such alleged crime committed in this state shall be tolled from the date of the commission of the alleged crime or the act giving rise to such action in tort until the prosecution of such crime or act has become final or otherwise terminated, provided that such time does not exceed six years.

In Beneke v. Parker, 293 Ga.App. 186 (667 S.E.2d 97) (2008), the Court of Appeals affirmed the denial of summary judgment, but vacated the portion of the trial court’s order ruling that Beneke had committed a “crime” as a matter of law so as to bring OCGA § 9-3-99 into play, holding that this question must be resolved by a jury. See Beneke, supra at 189-190(1). We granted certiorari to consider whether the Court of Appeals erred in holding that a “crime” within the context of OCGA § 9-3-99 must be a “crime” that satisfies the definition set forth in OCGA § 16-2-1(a),N1i.e., one that involves criminal intent or criminal negligence. For the reasons that follow, we hold that it did so err.

FN1. OCGA § 16-2-1(a) provides that “[a] ‘crime’ is a violation of a statute of this state in which there is a joint operation of an act or omission to act and intention or criminal negligence.”

[T]he fundamental rules of statutory construction … require us to construe a statute according to its terms, to give words their plain and ordinary meaning, and to avoid a construction that makes some language mere surplusage. [Cits.] At the same time, we must seek to effectuate the intent of the legislature. [Cit.]

Slakman v. Continental Casualty Co., 277 Ga. 189, 191 (587 S.E.2d 24) (2003). A violation of one of the Uniform Rules of the Road, such as the rule that a driver must not follow another vehicle too closely, is a misdemeanor, OCGA § 40-6-1(a), and a misdemeanor is “any crime other than a felony.” (Emphasis supplied.) OCGA § 16-1-3(9). Thus, the plain language of OCGA § 9-3-99 would encompass a violation of a Uniform Rule of the Road. To impose a more stringent definition of “crime” within the context of the statute would render superfluous its language that the statute of limitation is tolled from the date of the alleged crime “or the act giving rise to such action in tort” until the prosecution or other termination of such crime “or act.”

2 The Court of Appeals properly affirmed the denial of summary judgment to Beneke. However, no factual determination need be made as to whether Beneke acted with criminal intent or criminal negligence, i.e., whether his violation of OCGA § 40-6-49 constituted a crime as defined in OCGA § 16-2-1(a), in order to apply OCGA § 9-3-99 here. We thus reverse the portion of the Court of Appeals opinion holding otherwise. Like the Court of Appeals, we recognize that our holding in this case will have a significant impact on personal injury actions arising out of vehicle accidents by tolling the statute of limitation in those situations where a traffic citation is issued. See Beneke, supra, 293 Ga.App. at 191. Nonetheless, we are constrained by the language of the statute to reach this result. If the Legislature had intended to limit the application of OCGA § 9-3-99 to tort actions arising from only certain types of crimes, e.g., felonies or specific intent crimes, it certainly could have done so. It did not, and any undesirable result is a matter properly addressed by the General Assembly rather than the courts.

Judgment affirmed in part and reversed in part.

All the Justices concur