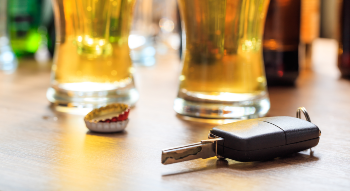 30 people in the United States die in drunk-driving crashes, according to the NHTSA. Understanding dram shop law in Georgia can help you settle your claim or win your lawsuit if you or a loved one are injured by a drunk driver. Dram shop law is the law the allows an injured person to bring a claim against the establishment that served the alcohol to the intoxicated driver. The codification of the law can be found at O.C.G.A. § 51-1-40.

Under Georgia law, the victim of a drunk driving accident can file a claim against the establishment (bar, restaurant, convenience store, or even homeowners who provide alcohol) that provided alcohol to the drunk driver. Victims can file claims and bring lawsuits even against the individual who provided the alcohol (bartender, server, or homeowners) to the drunk driver. In short, under Georgia law, those serving alcohol to drunk drivers involved in accidents and who injure others are held accountable and may be ordered to pay heavy compensation to victims. Most establishments that sell or serve alcohol will have insurance to cover the injuries.

Several states have strict laws pertaining to alcohol served at establishments of all kinds. Georgia is one of these states, and its dram shop laws apply to restaurants, bars, taverns, and all variety of commercial establishments and even private residences.

The previously held legal stance was that the drunk driver bears sole responsibility for the accident and subsequent injuries. However, that has changed, and thus any establishment or person serving alcohol to the drunk driver can be considered culpable as well. Hence, in addition to alcohol consumption, the provision of alcohol is now deemed a key factor behind drunk driving injuries and damage.

As a result, anyone serving alcohol to a visibly intoxicated person also bears the responsibility for any subsequent drunk driving death, injury, and damage. This includes punitive damages.

Dram shop law in GA is based on two scenarios. The shop owner (or social host) will be held liable if one of these two scenarios occur.

⦁ The first is the serving of alcohol to a person under 21 years of age.

⦁ The second scenario is serving alcohol to an intoxicated person.

Serving alcohol in any amount to anyone who is under 21 years of age is illegal.

In the second scenario, the shop owner (or social host) can be deemed liable for any damage or injury arising from the acts of the intoxicated patron. However, three (3) points must be proven for the dram shop owner to be considered liable.

3 Points To Prove Under Dram Shop Law in Georgia

The second condition is that the dram shop owner should know that the drunk person will be driving a vehicle.

The third and final point which the plaintiff should demonstrate is that alcohol-induced impairment was a key reason for the accident.

One of the most important dimensions of Georgia’s dram shop laws is that it applies equally well to homes and private persons; it is not limited to commercial establishments alone.

Thus, homeowners have the responsibility of ensuring that visitors do not get drunk on their property and then drive. If hosts serve alcohol to a visibly intoxicated person and are aware that the drunk person will be driving, then the hosts can be held liable for deaths, injuries, and damages arising from subsequent drunk driving. This also includes punitive damages.

The hosts will also be held liable for serving alcohol in any amount to persons under 21 years old.

Homeowners are deemed responsible even if they were not present while alcohol was being served. This key provision of the dram shop law was enacted due to tragedies arising from incidents where underage persons were left unsupervised and the said underage persons caused injuries and damage from alcohol consumption. This has been seen in underage parties where alcohol was served to underage people without the knowledge of homeowners.

In some states, the responsibility of social hosts is not recognized. But in Georgia, social hosts are deemed responsible for drunk driving accidents in the same way as commercial establishments.

Georgia’s current dram shop law was promulgated in response to the landmark decision issued by the Georgia Supreme Court in 1985, Sutter v. Hutchings. As a result of this ruling, social hosts and commercial establishments receive equal treatment under the state’s dram shop laws.

Other Considerations of Dram Shop Law in Georgia

If you are a loved one is injured by a drunk driver, it is important to contact a qualified attorney so the collection or preservation of vital evidence can begin. Many times bars and restaurants will have video or other document evidence showing the driver’s level of intoxication. Thus, it is imperative that notice is provided to the suspect establishment as soon as possible after the injury.

Finally, bars, restaurants, and convenience stores are not required to carry insurance to cover losses in the event one of their patrons injures another in a drunk driving incident. The Jewkes Firm, LLC, believes the legislature in Georgia should require that vendors of alcohol carry such insurance to operate legally, much like drivers in Georgia are required to carry a minimum of $25,000 in insurance.

Victims (including innocent drivers, their passengers, and pedestrians) struck by the drunk driver are allowed to file claims for their injuries and suffering. Even passengers traveling with the drunk driver can sue social hosts and commercial establishments responsible.

If you or a loved one has been injured by a drunk driver, contact us for a free consultation.