When Can You Hold a Georgia Dog Owner Liable for a Bite? 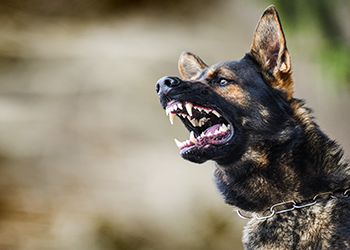 Dogs might be “man’s best friend,” but when they reach their breaking point and bite someone, the consequences are often devastating. Animal attacks can cause serious injuries, permanent scarring, total disfigurement, and even death. Unfortunately, many dog attacks in Georgia involve minor children resulting in severe and permanent disfigurement and sometimes death.

Fortunately, victims often have grounds for legal action. While filing a tort claim won’t undo what happened, it could yield the compensation needed to move on in the aftermath.

In the state of Georgia, pursuant to O.C.G.A. § 51-2-7, injured parties who want to recover compensation following a dog bite must typically prove the owner knew or should have known the dog had a vicious propensity. If they can’t demonstrate a history of aggression, however, they may be able to pursue damages on the grounds that the owner or handler failed to restrain the animal adequately.

Claimants must also show that they did not provoke the dog or otherwise do anything to prompt the attack.

Let’s take a closer look at each of these elements:

1. The Dog Had a Vicious Propensity

First, dog owners are responsible for injuries caused by their dog if the owner know the dog was vicious or had “vicious propensity.” Clark v. Joiner, 242 Ga. App. 421 (2000). Georgia law does not specify what constitutes a “vicious” dog, and breed alone is not generally accepted as evidence on this front. Instead, you’ll have to prove the dog has a history of aggression. Evidence that may help your attorney do so includes:

2. The Owner or Handler Was Negligent

If you’re unable to compile sufficient evidence of aggression, you’re going to have to show the owner or handler was somehow careless and that their negligence contributed to the attack. Perhaps they let their dog run free in a public park, for example, despite a leash ordinance. Or maybe their dog was restrained, but they were walking several dogs simultaneously and were unable to maintain a reasonable level of control over all the animals.

Regardless of the specifics, the following may help you prove negligence on the part of the owner or handler:

3. The Victim Did Not Provoke the Dog

Regardless of whether your claim revolves around the dog’s vicious propensity or the owner’s negligence, you’re going to have to demonstrate that you did not contribute to the attack. In other words, you weren’t trespassing at the time of the accident, and you didn’t purposefully threaten or intimidate the dog when crossing paths. Eyewitness deposition and surveillance footage should suffice when it comes time to prove this.

If you or someone you love was bitten by another party’s dog, turn to a South Atlanta personal injury attorney here at The Jewkes Firm, LLC to find out if your family has grounds for a claim. Our main office is in Tyrone, Georgia. Call (770) 771-5130 or fill out our Contact Form to set up a free consultation with a dog bite lawyer.